Jay graduated from the National University of Singapore with a Bachelor’s Degree in Electrical Engineering, specialising in Power Engineering. He is also an aspiring CFA Charter Holder.

In his free time, he loves to analyse and experiment with factor based investing and smart beta portfolio’s using machine learning.

Yong Shern is a passionate CFD dealer who has always aspired to discover trading opportunities via a blend of different research methodologies. Prior to joining PhillipCapital, Yong Shern was an intraday equity trader in one of the top broker firm in Malaysia. He graduated with First Class Honours in Business Administration with a major in Banking and Finance from the University of Malaya. Yong Shern is experienced in both trading and research in various financial products. These products include equities, indices, commodities, forex trading. He has successfully crafted trading strategies to navigate this volatile oil environment.

In his free time, Yong Shern enjoys following the latest market news with the aim of helping clients navigate through various market conditions.

By the time of this article, my colleagues would have received countless calls from their clients. Given the recent Bull Run post Black Monday 2020, many clients have been lamenting that their favored counters have rallied past their target buy price. Some also asked if this recent Bull Run was a case of a “dead cat bounce”.

A dead cat bounce is defined as a situation where a counter experiences a small, brief recovery in the price of a declining stock.  The term “dead cat bounce” is borrowed from a rather dark morbid sounding phrase, “even a dead cat would bounce if it falls from a great height.”

In this article we will use historical data to analyse past “dead cat bounce” events. We will also be using current market indicators to determine whether the markets are currently in a state of V-shaped recovery or a possible dead cat bounce. 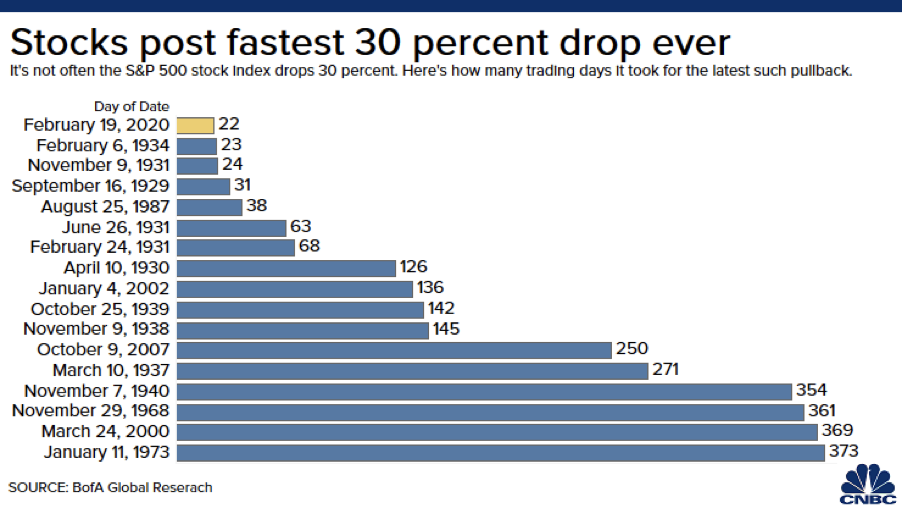 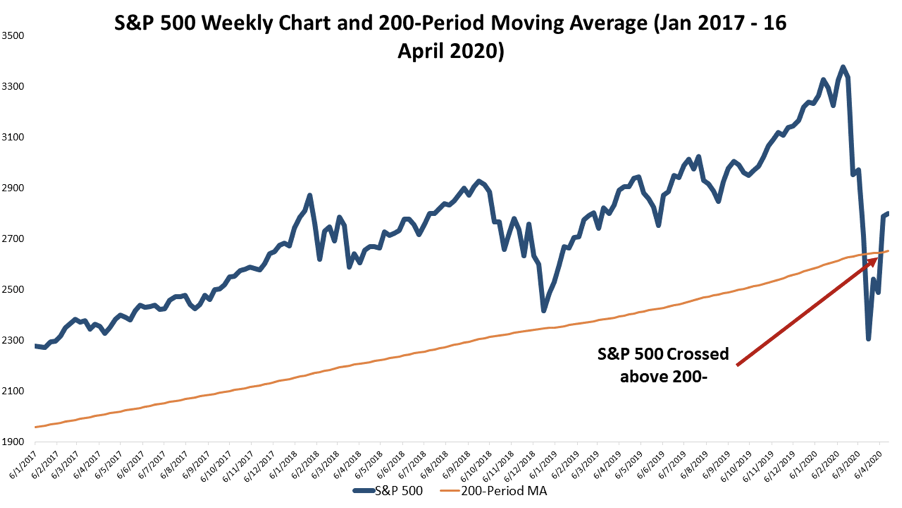 However, at the point of writing this article, as shown in Figure 2, the S&P 500 is back above its 200-week moving average. The S&P 500 has gained 25.13% since its steep decline on Feb 19th 2020. Does this mean that the markets are set to recover or is this just another dead cat bounce? You can use historical data and macro-economic indicators to investigate whether the recent uptrend was temporary. 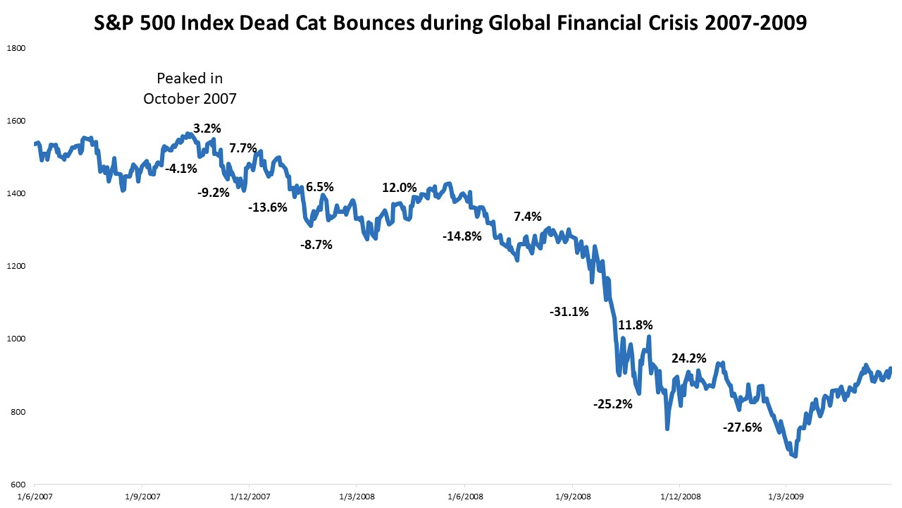 Truth be told, it is very difficult to tell whether any recent uptrend is a recovery or a dead cat bounce. This can only be uncovered based on hindsight due to the financial markets’ forward-looking mechanism that rapidly discounts new market information.

What are Fundamental Indicators? Let’s find out! 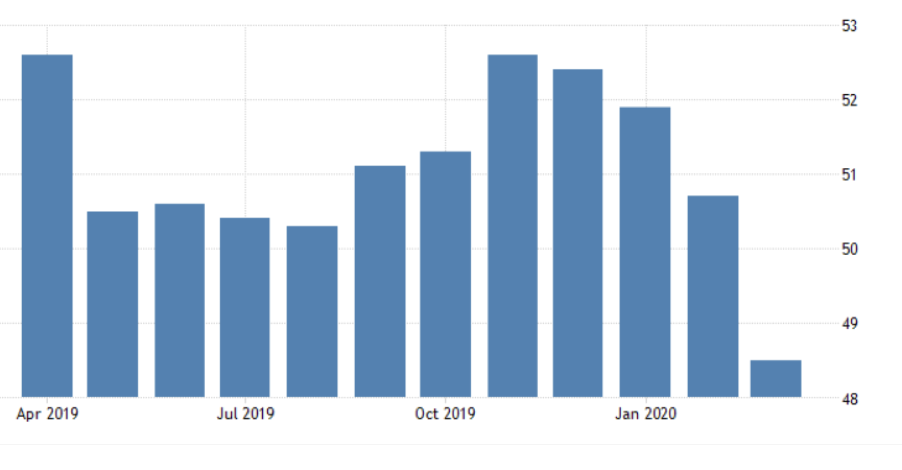 Figure 5 HIS Market US Manufacturing PMI 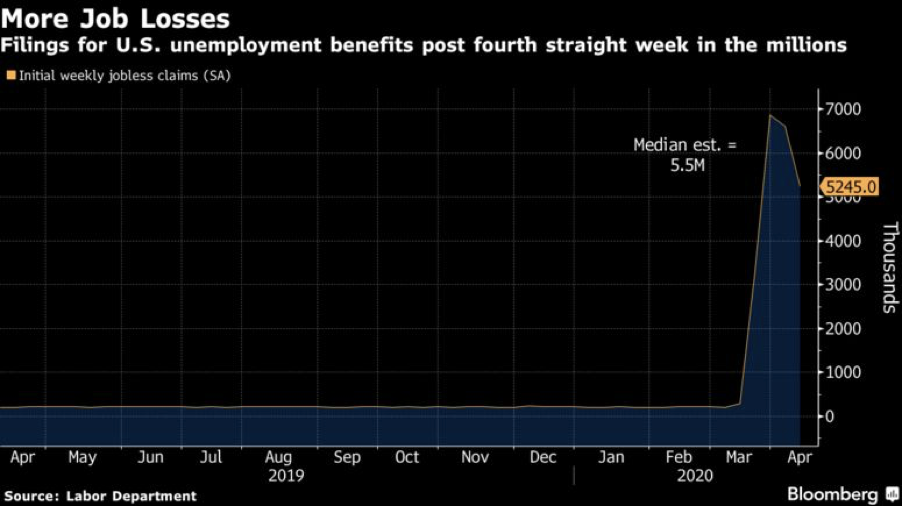 Initial jobless claims of 5.25 million were filed for the week ending on 11 April 2020, followed by 6.62 million the week before. This brings the total job losses since the Covid-19 pandemic hit the American economy to 22 million.

In a recent interview about the market outlook, Berkshire Hathaway’s Vice President Charlie Munger issued a dire economic forecast which stated: “Of course we’re having a recession, the only question is how big it’s going to be and how long it’s going to last. It’s quite possible that never again – not again in a long time, will we have a level of employment again like we just lost,” [3]

Wells Fargo, the world’s fourth largest bank, released their earnings of $653 million USD on 14 April 2020. This amounts to a 89% decline compared to the same quarter last year. After the earnings result release, the price of Wells Fargo declined by 6%.

For many companies, especially those in the retail and tourism sectors, the question is likely how bad will their earnings be? 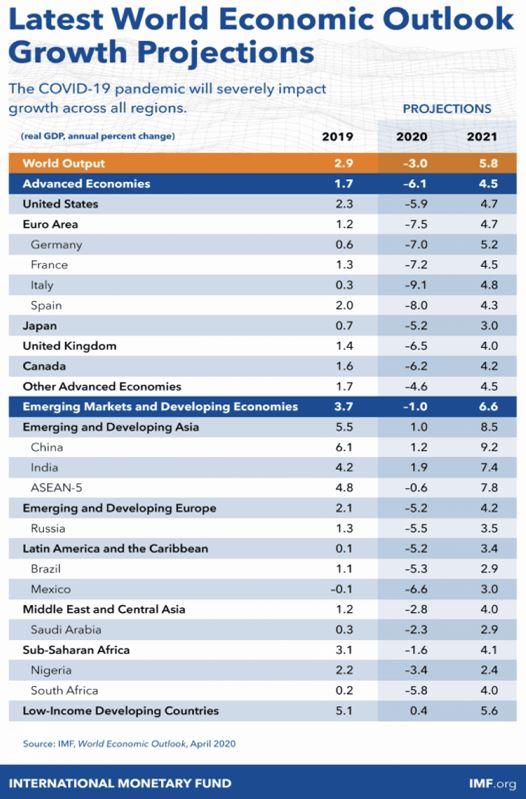 For April’s World Economic Outlook 2020, the International Monetary Fund (IMF) projects that global growth will decline by 3%, lower than the 6.3 percentage points forecasted in January. Given the short timeframe between January and April, the 6.3 percentage point magnitude downgrade is considered large. As shown in Figure 8, global growth decline is 30x compared to the Global Financial Crisis of 2009.

Based on the 4 indicators that we presented above, we believe that the worst is yet to come. Therefore, it would be ideal to remain cautious and vigilant during this period!

CFDs are instruments that allow an investor to profit from both sides of the market. If you believe that the current market outlook is worsening and the uptrend is a Dead Cat Bounce, you may want to use CFDs for short selling.

The benefits of using CFDs for short selling is that one does not have to borrow shares nor maintain 2 separate accounts (SBL & Brokerage account). You can do it with just a CFD account! This essentially helps an investor overcome the hassle of share delivery and settlement. Check out our courses and other articles on short selling!

Mike owns 1000 shares of DBS and UOB at an average price of $24.93 and $25.40 respectively. His portfolio value amounts to $50330. However due to the recent market volatility, the prices came tumbling down soon after.

If Mike had decided to cut loss for both his banking stocks on 20/3/2020, his losses would be:

Assuming that on 25/02/2020, after reading the financial news, Mike anticipates a change in market conditions. By utilising CFDs, Mike decided to hedge his position. He could have used either DBS, UOB, OCBC or the Straits Times Index CFD to perform an opposing hedge. However, using the Straits Times Index CFD to perform the hedge would allow Mike to save on commission charges and on initial capital outlay.

Given 6% margin, Mike’s Initial Capital outlay for the Straits Times Index SGD5 CFD would have been: 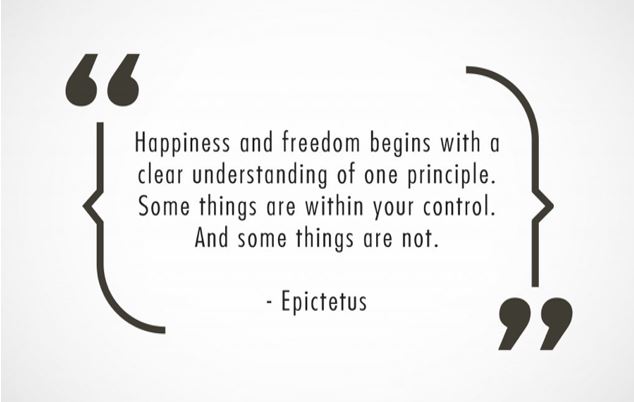 Truth be told, based on macroeconomic data, the future does not look rosy. There have been numerous queries on whether liquidation of holdings right now and picking them up again when the market recovers is a better option. However, no one knows how far the stock market will decline or when the V shaped recovery will be. As quoted by investing legend Peter Lynch, “Far more money has been lost by investors preparing for corrections, or trying to anticipate corrections.” In our opinion, it would be better to time the market based on valuations and not on news flows. We sincerely hope that you have found value in this article, be sure to check out our other articles and the courses that we offer. Till next time folks!