It is evident that financial markets move in cycles. As the saying goes “What goes up, must come down”. Investors who spend time studying the price movement and cycles of the assets they intend to invest in could be rewarded with profits earned from uptrends and downtrends.

If you have never attempted short-selling before, maybe it is time to start as you are losing out on 50% of the opportunities in the market. Should you only stick to the traditional method of going “long”? Let us take a look at some reasons to short-sell! 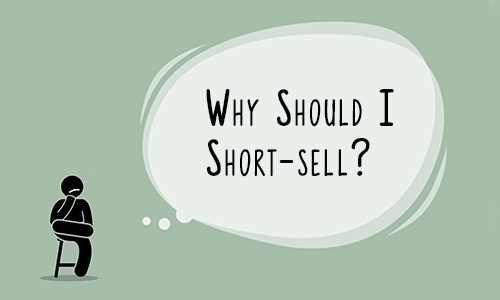 As opposed to the traditional method of buying an asset at a low price and selling high, a short position is made when an investor sells a security first with the intention of repurchasing it later at a lower price.

Short-selling is a strategy that sometimes receives flak from conservative traders, citing reasons such as causing declines in asset prices and exacerbation of negative sentiments in the markets. However, instead of simply sitting back and cutting losses during a bearish market, you can turn the situation around and profit by capitalizing on falling prices. Some long-term investors use this feature as a hedging tool to protect their profits. They establish an opposite position to what they already have on stocks to prevent any losses due to short-term downtrend in the markets.

Edwin currently holds a bearish view on Stock A. As he is not able to short-sell Stock A in the cash market without having to borrow the shares, he decides to use Contracts For Differences (CFDs) instead.

Markets tend to be extremely volatile whenever there is a financial crisis. The market becomes bearish and stock prices plummet. This is where you can use short-selling to hedge against your portfolio and minimize your losses. Here are some of the major events that shook the financial markets. 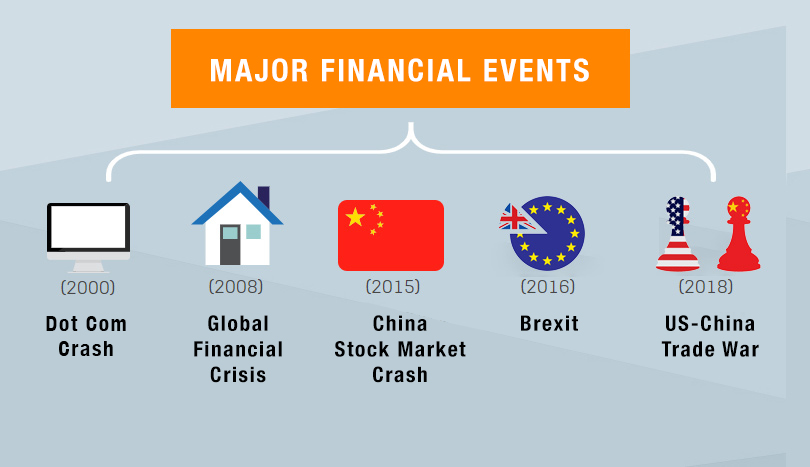 What Can I Short with CFDs?

Here are some assets that are readily available to trade long and short on CFDs: 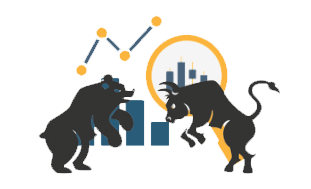 CFDs are commonly used by investors who want to short stocks. Most markets generally impose restrictions on short-selling for stocks – and it is inconvenient to initiate an equity short in the market. For instance, an investor would have to inform their broker of their intention to short and procure shares, and subsequently inform the broker when they have bought back the shares to settle the short.

CFDs circumvent all of these troublesome issues – all you need to do is to focus on what you want to long or short & initiate the trade. We’ll settle the rest for you. Another benefit of trading Equity CFD with us is being able to long and short more than 5,000 contracts in one account. Spreads are not quoted in addition to prevailing market prices.

For more information on our Equities CFD, kindly refer to the contract specification and pricing pages.

Indices are a great way to participate in the performance of an overall market if you do not want to go through the hassle of doing research on individual stocks. An extremely popular Index that many of our clients trade is the Straits Times Index SGD5 CFD (STI CFD). The Straits Times Index is a capitalisation-weighted stock market index that is commonly regarded as the benchmark index for the Singapore stock market. STI CFD can also be an ideal tool to battle the ongoing trade wars and it is a unique CFD product that we are proud to offer.

World indices CFD are useful as they tend to react quickly to major economic news so traders can easily trade them. Additionally, from a diversification standpoint, indices are less risky than individual stocks which have unsystematic risk – this risk can be largely eliminated if you purchase an index.

For more information on our World Indices CFD, kindly refer to the contract specification and pricing pages. 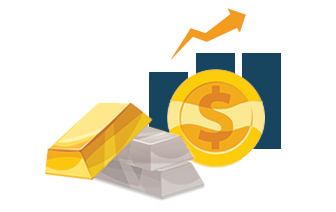 The commonly traded commodities are typically Gold, Silver and Oil. While most commodities are traded on futures, there are some benefits to trading commodities via CFDs. Unlike CFDs where you trade just on the price of the particular commodity, both parties on a futures contract must fulfil the conditions of the contract.

If you are not familiar with the futures contract and choose physical settlement instead of cash based settlement, you might end up with a truckload of oil barrels at your door!

For more information on our Commodities CFD, kindly refer to the contract specification and pricing pages. 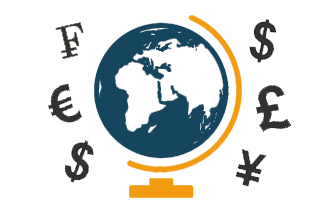 Forex (FX) is the largest & most liquid financial market in the world. The largest volume of trades comes from traders who trade the currency pairs. The FX market is open 24 hours a day, 5 days a week.

Check out our newly launched FX CFDs where we offer very competitive spreads for some of the major currency pairs. To understand more about the basics of FX CFD trading, be sure to read our latest FX CFD article. Best of all? No commission and finance charges for opening your FX CFD positions with us!

For more information on our FX CFD, kindly refer to the contract specification and pricing pages.

Why Short Sell CFDs with POEMS?

The Current State of The Market

In 2020, the minds of investors have been grappled with a salient theme – the coronavirus. First detected in the city of Wuhan in the province of Hubei in China in December 2019, the virus has proved to be extremely infectious. It has since caused a global pandemic with over 1 million infected and over 70,000 deaths as of early April.

Covid-19 has caused major disruptions to economies, businesses and supply chains all over the world. Governments have started to enforce stricter containment measures with non-essential industries being closed off. The fear surrounding the impact of Covid-19 has weighed heavily on the bond and equity markets. Amidst the uncertainty and economic risks caused by the virus, the Federal Reserve eased their monetary policy stance and announced an emergency rate cut in March of 50 basis points, the first ever cut since 2008 in hopes of stimulating the economy. In the bond markets, we have seen U.S 10 year treasury yields drop to a historic low of around 0.3% as people bid treasuries up, and the S&P500 closed down around 20% for the first quarter of 2020, its worst quarter since the fourth quarter of 2008.

The stock market bull run has ended, and investors need to brace themselves for the reality of facing a bearish market. A bear market is not necessarily a bad thing if you have the necessary and available tools on hand to profit off.

What are CFDs and How Do You Open An Account?

Before starting to use CFDs, here are some terms about CFDs you should be familiar with.

Margin: Almost all CFDs are traded on margin in Phillip Securities Pte Ltd (PSPL). Essentially, each contract has a margin requirement attached to it. For instance, a CFD on DBS shares has a 10% margin requirement in PSPL. You would only need to deposit a margin of $1,000 in your CFD account to establish a CFD position with an exposure equivalent to $10,000 DBS shares. It is important to note that if you suffer unrealised losses that cause your account to dip below the maintenance margin, your broker will give you a call to top up your CFD account to maintain the position, commonly known as a margin call.

Leverage: Due to the nature of margin on CFDs, both gains and losses are magnified accordingly by the margin requirement of the contract. It is paramount for any investor to manage their risk accordingly – don’t take on more leverage than you can handle!

Stop-Limit Orders: Prudent traders use stop-limit orders on both their long and short positions to limit their losses.  Stop-Limit Orders are triggered when the price of the CFD reaches a price specified by you. Before you even enter a trade, you should already have a stop-limit in mind. Whichever trading strategy you use, as long as you limit your losses, you’ll be likely to be profitable in the long run.

After understanding CFDs better, consider if it is suitable for you before adding it to your financial portfolio.

Open a CFD account with us today! Everything can be done online, it’s that simple!  If you are an existing POEMS account holder, simply opt-in for a CFD account on POEMS 2.0 and POEMS Mobile 2.0.

As per regulatory requirements, new customers to CFDs will need to complete a Customer Knowledge Assessment (CKA) and Risk Fact Sheet in order to trade CFDs.

What are the Perks of Opening a CFD Account with Us?

To help you start off your trading journey, here are some exclusive perks that you will enjoy as our client!

Be sure to check out our CFD Promotions Page to be updated with the latest deals and rewards!

CFDs are a great way to invest and trade in the markets and if used correctly, may potentially reap substantial returns from a small investment. Do reach out to us if you want to find out more about CFDs and we’ll be happy to share with you more about what we think about the market and interesting opportunities to capitalize on! There are also FREE CFD seminars that you can attend to learn more about this derivative product!

Begin your Trading Journey with us!

What is FX CFD? How do you read a currency pair? What is a pip? Read on to find out the basics of forex trading and the top 5 reasons why you should trade FX CFD!

Are you getting frustrated by the lacklustre performance of your trades and investments in your portfolio of Singapore stocks? Should you add STI CFD into your portfolio?